A Family of No Prominence: The Descendants of Pak Tŏkhwa and the Birth of Modern Korea

Koreans are known for their keen interest in genealogy and inherited ancestral status. Yet today’s ordinary Korean would be hard pressed to explain the whereabouts of ancestors before the twentieth century. With A Family of No Prominence, Eugene Y. Park gives us a remarkable account of a nonelite family, that of Pak Tŏkhwa and his descendants (which includes the author). Spanning the early modern and modern eras over three centuries (1590–1945), this narrative of one family of the chungin class of people is a landmark achievement.

What we do know of the chungin, or “middle people,” of Korea largely comes from profiles of wealthy, influential men, frequently cited as collaborators with Japanese imperialists, who went on to constitute the post-1945 South Korean elite. This book highlights many rank-and-file chungin who, despite being better educated than most Koreans, struggled to survive. We follow Pak Tŏkhwa’s descendants as they make inroads into politics, business, and culture. Yet many members’ refusal to link their family histories and surnames to royal forebears, as most other Koreans did, sets them apart, and facilitates for readers a meaningful discussion of identity, modernity, colonialism, memory, and historical agency. 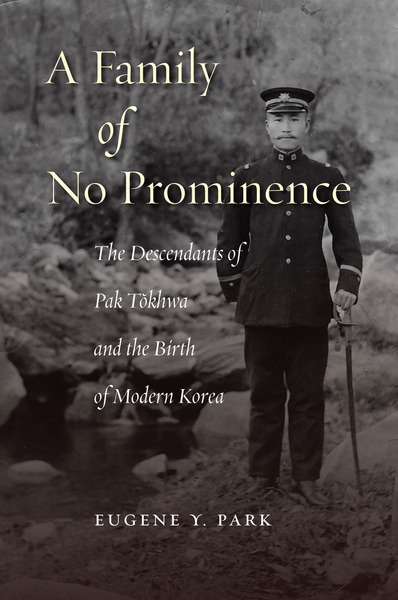 Stanford: Stanford University Press, 2014.
© 2020 The Trustees of the University of Pennsylvania
Penn Weblogin