A Genealogy of Dissent: The Progeny of Fallen Royals in Chosŏn Korea

In early modern Korea, the Kaesŏng Wang, descendants of the Koryŏ dynasty (918-1392), duly served the succeeding Chosŏn dynasty (1392–1910). From 1394 to 1416 the Chosŏn state conducted an extermination campaign so thorough that most of today's Kaesŏng Wang are descendants of a single survivor. Before long, however, the Chosŏn dynasty sought to bolster its legitimacy as the successor of Koryŏ. Emulating Chinese historical precedents, the Chosŏn rehabilitated the surviving Wangs—granting them patronage for performing ancestral rites and even allowing them to attain prestigious offices, civil and military. As a result, Koryŏ descendants came to constitute elite lineages throughout Korea. While the Wangs as members of the revived aristocratic descent group were committed to Confucian norms of loyalty to the ruler, the Chosŏn increasingly honored Koryŏ loyalists and legacies. In addition, the state increasingly tolerated historical narratives expressing criticism of the establishment, and the early Chosŏn plight of the Wangs provided inspiration for popular accounts that engendered sympathy. Since the nineteenth century, such forces of modernity as imperialism, colonialism, nationalism, urbanization, industrialization, and immigration have transformed the Kaesŏng Wang from the progeny of fallen royals to individuals from all walks of life. In >A Genealogy of Dissent, Eugene Y. Park draws on primary and secondary sources, interviews, and site visits, to tell the extraordinary story of a royal family’s survival. In so doing, he traces Korea’s changing politics, society, and culture for over half a millennium. 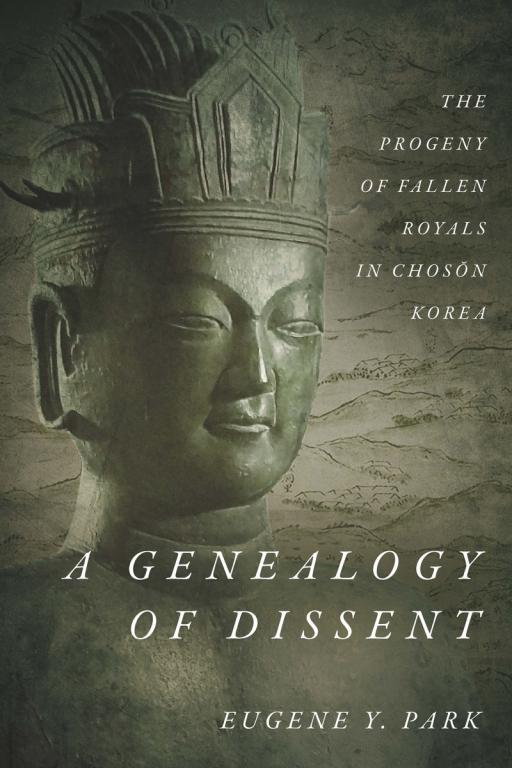 Stanford: Stanford University Press, 2018.
© 2020 The Trustees of the University of Pennsylvania
Penn Weblogin