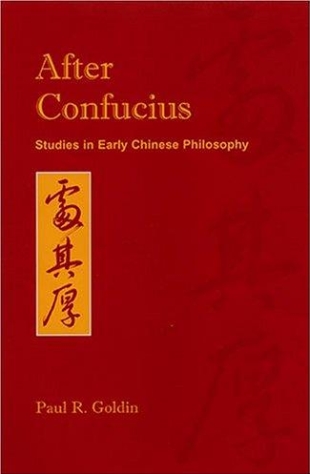 After Confucius is a collection of eight studies of Chinese philosophy from the time of Confucius to the formation of the empire in the second and third centuries B.C.E. As detailed in a masterful introduction, each essay serves as a concrete example of “thick description”—an approach invented by philosopher Gilbert Ryle—which aims to reveal the logic that informs an observable exchange among members of a community or society. To grasp the significance of such exchanges, it is necessary to investigate the networks of meaning on which they rely. Paul R. Goldin argues that the character of ancient Chinese philosophy can be appreciated only if we recognize the cultural codes underlying the circulation of ideas in that world. Thick description is the best preliminary method to determine how Chinese thinkers conceived of their own enterprise.

Who were the ancient Chinese philosophers? What was their intended audience? What were they arguing about? How did they respond to earlier thinkers, and to each other? Why did those in power wish to hear from them, and what did they claim to offer in return for patronage? Goldin addresses these questions as he looks at several topics, including rhetorical conventions of Chinese philosophical literature; the value of recently excavated manuscripts for the interpretation of the more familiar, received literature; and the duty of translators to convey the world of concerns of the original texts. Each of the cases investigated in this wide-ranging volume exemplifies the central conviction behind Goldin’s plea for thick description: We do not do justice to classical Chinese philosophy unless we engage squarely the complex and ancient culture that engendered it.