The Greatest Story Ever Told: Meditators, Madmen, and the Making of a Tibetan Saint 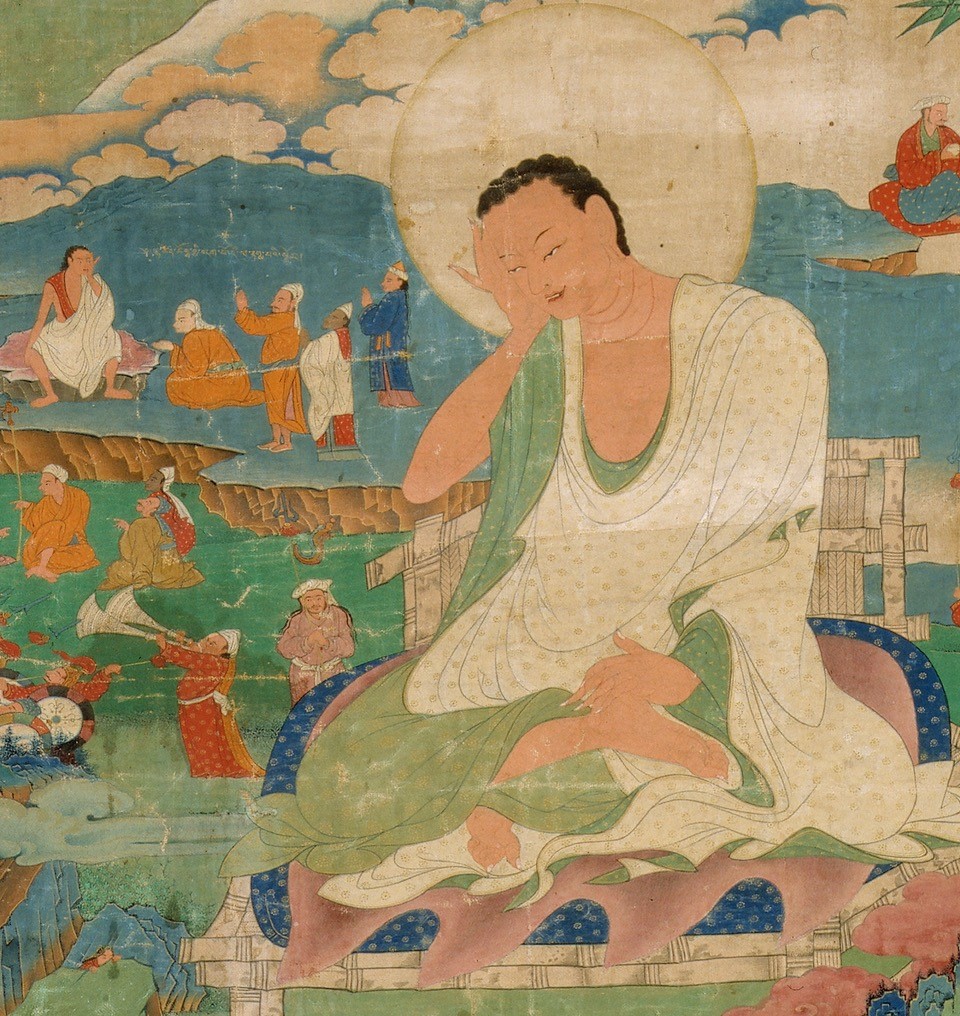 Late in the eleventh century a wandering mendicant, the Yogin, starved himself in the frigid mountains of southern Tibet while undertaking ascetic practice. He was later recognized as a buddha famed for his poetry and songs of spiritual realization. Four hundred years later, a tantric adept emerged from the jungles of Tibet’s borderlands, naked, human entrails wound in his dangling dreadlocks. This adept, the Madman, composed a new and novelistic version of the Yogin’s life. The story it told of a great Tibetan saint would inspire new forms of religious literature across the Himalayan world, new styles of artistic production, new traditions of spiritual practice. In time, the Madman’s version of the Yogin’s life would become Tibet’s most famous book. In this lecture, Andrew Quintman explores the extraordinary life story of Yogin Milarepa composed by Madman Tsangnyön Heruka, tracing its historical formation, changing narrative voices, and enduring legacy across the region. He presents a new way of reading The Life of Milarepa by foregrounding the unique relationship between Yogin and Madman together with the processes through which the narrative took shape.

Andrew Quintman is Associate Professor of Religion at Wesleyan University, where he specializes in the Buddhist traditions of Tibet and the Himalaya. His book The Yogin and the Madman: Reading the Biographical Corpus of Tibet’s Great Saint Milarepa (Columbia University Press 2014) won the American Academy of Religion’s 2014 Award for Excellence in the Study of Religion, the 2015 Heyman Prize for outstanding scholarship from Yale University, and received honorable mention for the 2016 Association of Asian Studies’ E. Gene Smith Book Prize. His English translation of The Life of Milarepa was published by Penguin Classics in 2010. He is currently writing a history of Drakar Taso Monastery in Tibet’s southern frontier and a study of the Buddha’s life story through Tāranātha's visual and literary materials from Puntsokling Monastery in western Tibet.